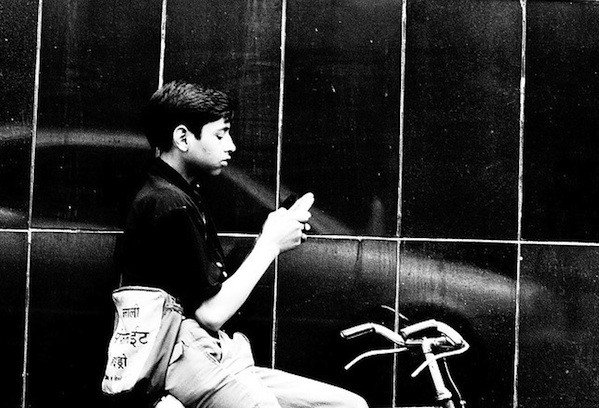 …Jean Anyon argues that the digital divide is not so much one of resources as one of “teaching methods and philosophies of education.” Colleges, as the educators of educators, must do more to encourage not only the integrating of technology, but a new philosophy of digital literacy. It’s important that this happen not just within schools of education, but throughout the disciplines. Secondary education majors spend just as much time in their specialty classrooms as they do education classrooms and, whether we realize it or not, look to those professors as models of teaching in action. Complicating the issue even further, the intellectual divide is a two-way street in the university environment. In my own department, many of the tenured professors view the use of technology and social media as dumbing-down the curriculum because it takes the focus away from both the human mind as an intellectual technology and the resulting analog (read: canonical) humanities. Those who favor the integration of technology and the digital humanities face both disdain from an entrenched conservatism and logistical hurdles in an environment in which our building (which houses English, drama, history, and foreign languages) is the last to receive any technological upgrades, if we receive any at all. In an ironic twist of fate, my department mirrors my son’s school with our one computer lab and our isolated, specially designated “computer-assissted” writing classes….

On Friday, July 6, Hybrid Pedagogy hosted a discussion on Twitter focused on the idea of the digital divide. We set out to determine if this divide is real, in what ways it’s real, and how it might be related to other “divides” (e.g., social, economic, etc.). Into the heart of our discussion fell two key factors: access and relevance; that is, access to technology and information, and the relevance of that technology and information to our students. The discussion was inspired, in part, by Lee Skallerup Bassette’s article “It’s About Class: Interrogating the Digital Divide” which raised clear questions about not only how to bridge the digital divide, but also whether it’s appropriate to try.

In my last post, I talked about techno-euphoria as a condition that seems to mark much of our discourse around digital technologies and the promise of the future. The euphoria, as I had suggested, manifests itself either as a utopian view of how digital technologies are going to change the future that we inhabit, or woes of despair about how the overdetermination of the digital is killing the very fibre of our social fabric. A way out of it, for some of us working with young people and their relationships with (as opposed to usage of) technologies, is to think of digital technologies as a paradigm through which everyday life is reconfigured, or as contexts within which we evolve new relationships of power and negotiation. Or to put it plainly, it has forced us to think of digital technologies not in terms of tools and gadgets, infrastructure and logistics (though those are also important) but as embodied experiences that reshape the very ways in which we conceptualize our everyday life….

I live and work in one of America’s poorest regions, Appalachia — specifically eastern Kentucky. Businesses and municipalities don’t have a strong web presence (if any at all), Google Maps is essentially useless for getting anywhere, and the social network is still, largely, the local Churches and quilting bees. Howard Rheingold, in his book Net Smart, writes about how it is possible now to ask a question and get an answer on your phone anywhere. I hasten to add, as long as it’s not here, where even cell phone coverage is spotty at best.

Many of my students are part of the “new” digital divide, with limited access to both technology and high-speed internet. Even students with access to higher-speed cellular service may not be able to afford a data plan or the accompanying smartphone to take full advantage of it. But I think the biggest issue with this new digital divide is not that poorer students are misusing whatever technology they do have, it’s that they are not misusing it enough. And neither are we….

…The use of technology use by our society has sparked discussion about the digital divide.

Such numbers may seem proof that America is, indeed, online. But they mask an emerging division, one that has worrisome implications for our economy and society. Increasingly, we are a country in which only the urban and suburban well-off have truly high-speed Internet access, while the rest — the poor and the working class — either cannot afford access or use restricted wireless access as their only connection to the Internet. As our jobs, entertainment, politics and even health care move online, millions are at risk of being left behind.