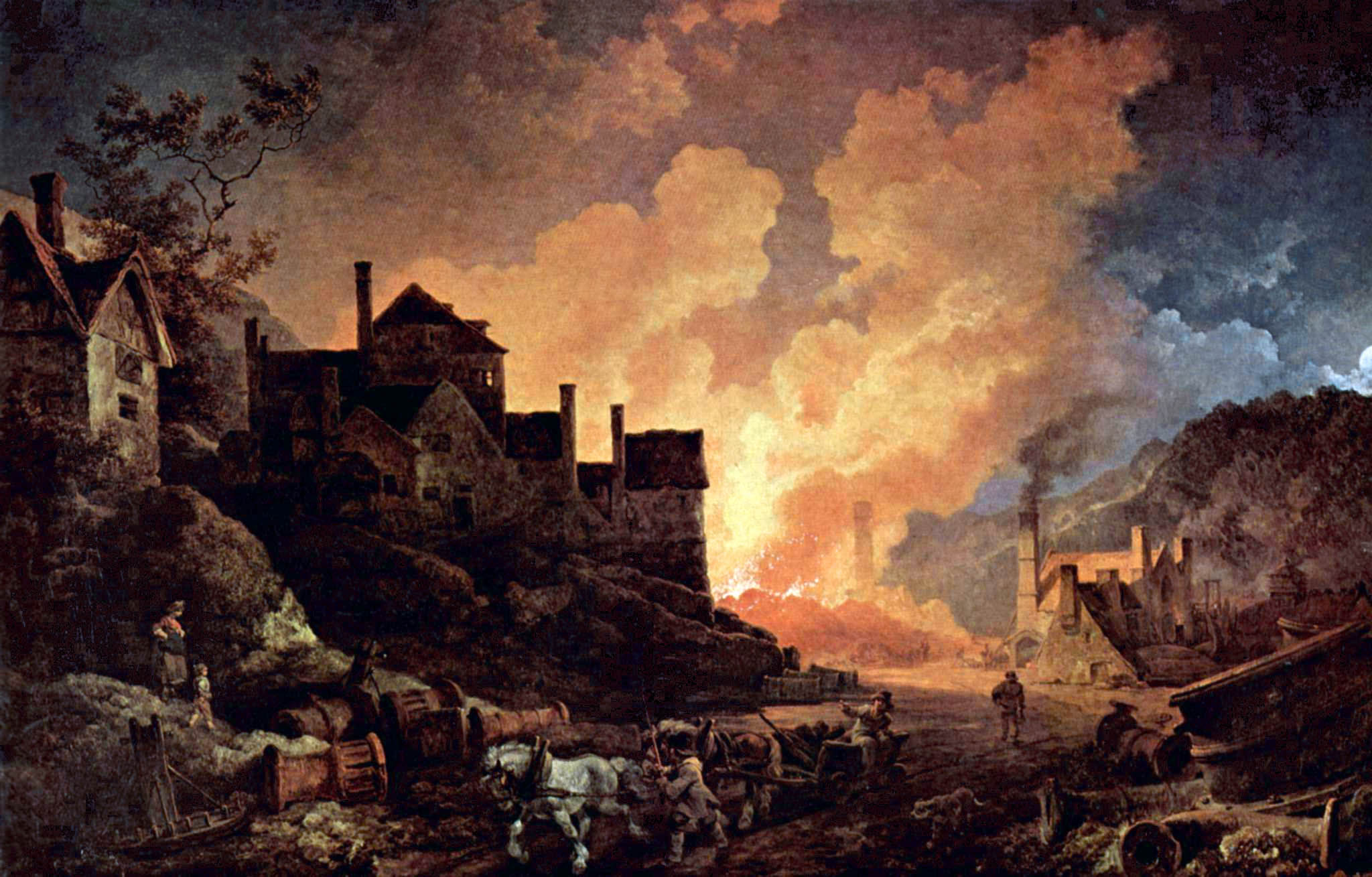 It is a great honour to be asked to inaugurate this first Digital Humanities Congress at the University of Sheffield. My connections with digital humanities at Sheffield go back to 1995 when the remarkable portfolio of projects in the Humanities Research Institute at Sheffield caught the attention of the British Library, and I was asked as one of the library’s curators to foster links with the pioneering work at Sheffield. Since that time, it has been both a pleasure and an education to watch how Sheffield has produced a stream of imaginative and forward-looking work in the digital humanities. I’m going to suggest that the ‘little mesters’ of the Humanities Research Institute form part of a tradition of innovation in Sheffield which reaches deep into the history of the town, but I’ll start a long way from Sheffield, with the recent uprisings in the Middle East and North Africa known as the Arab Spring.

An aspect of the Arab Spring which has caused particular comment in the West has been the use by protestors of social media. One protestor tweeted ‘We use Facebook to schedule the protests, Twitter to coordinate, and YouTube to tell the world!’ A prominent Egyptian blogger, Wael Ghonim, named his book on the Egyptian uprising Revolution 2.0, and declared that ‘Our revolution is like Wikipedia … Everyone is contributing content, [but] you don’t know the names of the people contributing the content’. Western media quickly labelled the risings in Tunisia, Egypt and elsewhere the ‘Twitter Revolutions’. It was even claimed that an Egyptian couple named their baby ‘Facebook’. For some commentators, these events proved that new communication technologies were a force for democracy. Phillip Howard and Muzammil Hussain of the University of Washington have argued that whereas in the past protest movements in this region had been suppressed,

The Internet, mobile phones, and social media made the difference this time. Using these technologies, people interested in democracy could build extensive networks, create social capital, and organize political action with a speed and on a scale not seen before. Thanks to these technologies, virtual networks materialized in the streets. Digital media became the tool that allowed social movements to reach once-unachievable goals…

However, it seems that such a cyber-utopian reading of these events is misplaced. It has been pointed that there does not appear to be a correlation between internet penetration and the extent of Arab protests. Thus, there were widespread protests in the Yemen, where rate of internet penetration is low, but few protests in the Gulf States where there was greater access to the internet. An analysis of clicks on links in tweets relating to the protests indicates that much of the internet traffic generated by the risings came from outside the countries affected, suggesting that the chief role of social media was not to coordinate protests but rather to alert the outside world to what was happening. When the internet was switched off in Egypt, the protests actually grew in size, suggesting that social media was not essential to the co-ordination of protests. New media did not simply supplant traditional sources of news. Indeed, it seems that much of the impact of new media was a result of its use as a source of information by traditional news outlets. For example, it has been suggested that much of the mainstream media’s coverage of events in Tunisia was derived from Tunisian Facebook pages which had been repackaged for a blog maintained for Tunisian exiles and then passed onto journalists via Twitter (Cottle p. 652). There appears to have been a realignment in which old and new media remediated each other in a complex interplay.

Anne Alexander and Miriyam Aouragh in an important recent study have used interviews with Egyptian activists to contextualize the role of new media in the Egyptian uprising. They describe how activists including representatives of youth movements, workers’ groups and the Muslim Brotherhood, met for weeks beforehand to plan the protests. Alexander and Aouragh emphasise that ‘the Egyptian activists we interviewed rightly reject simplistic claims that technology somehow caused the 2011 uprisings, and they say it undermines the agency of the millions of people who participated in the movement that brought down Hosni Mubarak’. But Alexander and Aouragh remind us that there is also a risk of falling into the opposite trap by assuming that, if social media did not cause the Arab Spring, then they were of no significance. A million and half tweets from Egypt at the time of the rising suggest this is wrong, and Alexander and Aouragh insist that we need to move away from false polarisations and place the internet activism of the Arab Spring in the context of wider developments in media and the public sphere. The Arab Spring saw a profound realignment of the relationship between new and old media, in which new media emerged as an important additional space for dissent and protest. In past revolutions, it has often been difficult to recapture the voices of the insurgents; social media now gives us unparalleled opportunities to explore these textualities of revolt.

However, what I am interested in here is the cyber-myth, the idea that Facebook and Twitter allowed the Arab protests to succeed when previously they had easily been suppressed. This is a myth that has gained a firm hold in the popular imagination, and it reflects a deeply held belief that the digital revolution will not simply alter our working life and give us new forms of leisure but will also lead to major political and social upheaval, on a par with such great historical movements of the past as the Reformation. This widespread belief in inexorable technological progress has been well expressed by Michael Brodie, the Chief Scientist of Network Technologies for Verizon, the American telecommunications company, who suggests that we are about to see a digital revolution which will make the Reformation or the Industrial Revolution seem low-key. Brodie declared that:

the Gutenberg Bible led to religious reformation while the Web appears to be leading towards social and economic reformation. But the Digital Industrial revolution, because of the issues and phenomena surrounding the Web and its interactions with society, is occurring at lightning speed with profound impacts on society, the economy, politics, and more.

There is a common assumption in the West that changes in digital technologies will inexorably generate major transformations in social, political and economic structures. The American business guru Clayton Christiansen introduced in 1995 the idea that business success was associated with the development and adoption of ‘disruptive technologies’. Christiansen subsequently adopted the wider term ‘disruptive innovations’ to reflect the idea that business models could also be disruptive. In coining the term Web 2.0, Tim O’Reilly picked up on the disruptive zeitgeist and disruption has consistently been seen as a feature of Web 2.0. The strapline for one of the first Web 2.0 conferences in 2008 was ‘Design, Develop, Disrupt’.

We assume that new digital technologies will very rapidly bring major cultural and social transformations in their wake, but the lessons of industrialization suggest that the process may be longer and more complex than we generally imagine. Huntsman first produced crucible steel in the 1740s and steam power arrived in the city in 1786, yet it took nearly a hundred years for Sheffield to become a steel city. The history of industrialization suggests that the process of digital transformation may be both more extended and more complex than is often assumed. The model of disruptive innovation is not a helpful way of imaging the process of industrialization. It was actually the ability of industrialization not to disrupt but instead to support sustained change which was important. In Joel Mokyr’s words, ‘The Industrial Revolution was “revolutionary” because the technological progress it witnessed and the subsequent transformation of the economy were not ephemeral events and moved society to a permanentdifferent economic trajectory’. (p. 3) If industrialization is seen in this way, as a sustained trajectory of economic change, it is a process which still continues, and the digital world can simply be seen as an extension of a process which began in the eighteenth century. Indeed, this continuity can be seen as stretching further back. As we have noted, Sheffield’s growth reflected skills developed since the Middle Ages, and such long-standing commercial traditions fed into the early development of industrialisation.

The Industrial Revolution suggests that the model of disruption and transformation we use in thinking about the digital world may be over-simplistic. Are there other ways in which thinking about industrialization can help us in understanding the digital world? I would like to suggest that there are. In thinking about the digital humanities, we tend to focus our attention on tools and methods, but it is striking that in cities like Sheffield and Birmingham at the time of industrialization, tools and working methods often did not greatly change, but environment did. Sidney Pollard has pointed out how ‘a visitor to the metalworking areas of Birmingham or Sheffield in the mid nineteenth-century would have found little to distinguish them superficially from the same industries a hundred years earlier. The men worked as independent sub-contractors in their own or rented workshops using their own or hired equipment … These industries .. were still waiting for their Industrial Revolution’. Yet, as Pollard emphasized, the environment in which these workmen operated had been completely transformed. Their wheels were now powered by steam and there were other gadgets which speeded up minor operations such as stamping and cutting. The workshop might be lit by gas and have a water supply. Railways made distribution easier and cheaper and gave access to a larger labour market. Cheap printing would assist in advertising products. While the ‘small mester’ may have been working in an old-fashioned way, his environment had been completed transformed. Likewise, it may be that the most important changes in the digital humanities will be in the environment in which researchers into the humanities operate, and we should perhaps be giving more attention to this. …