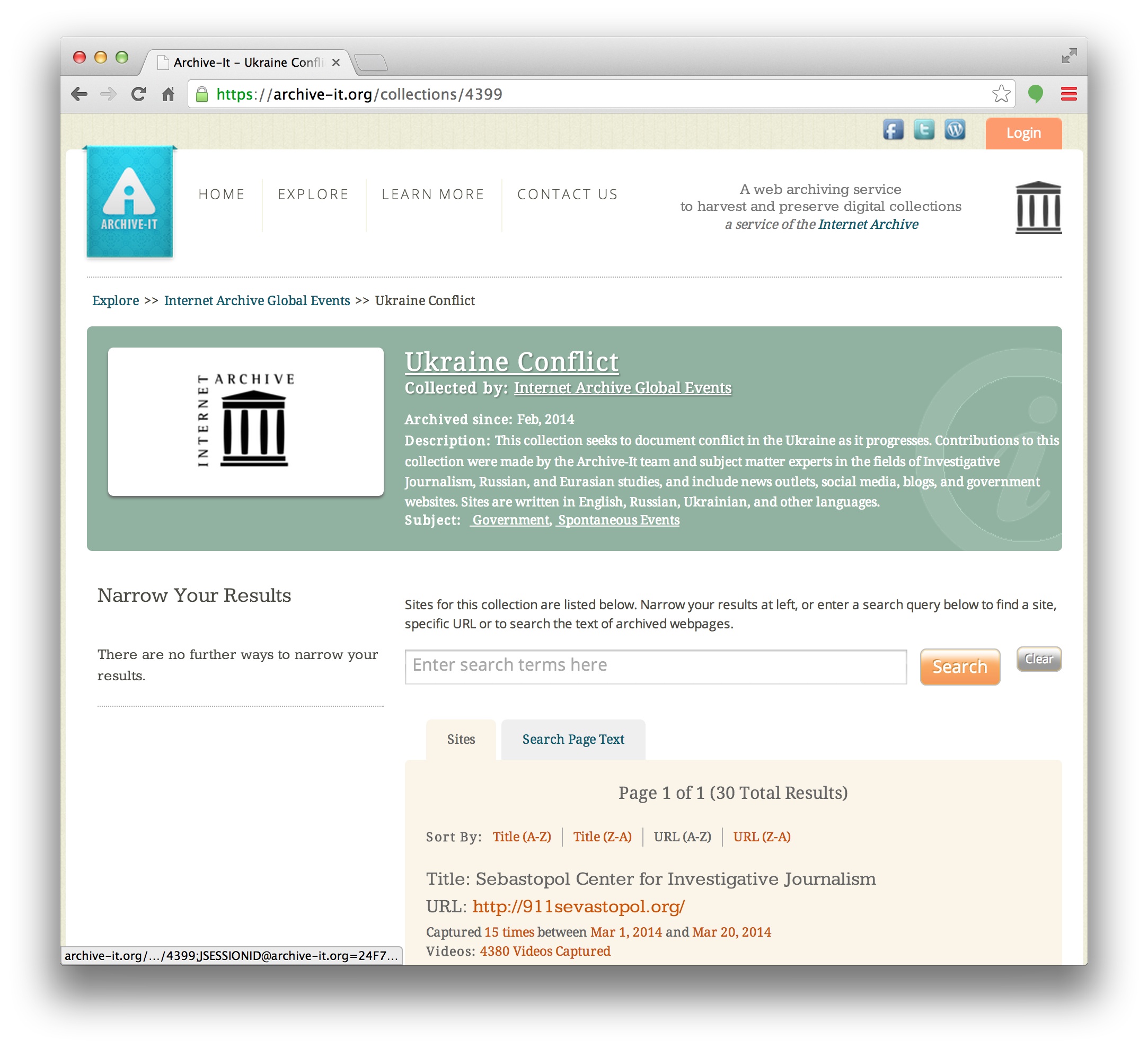 “Thirty goons break into your office and confiscate your computers, your hard drives, your files.. and with them, a big chunk of your institutional memory. Who you gonna call?” These were the words Bob Garfield used in a recent episode of On the Media, to address the storming of the Crimean Center for Investigative Journalism. On Saturday, March 1st, 2014, during the Russian occupation of the Crimea, men with guns stormed and occupied the offices of the Crimean Center for Investigative Journalism. The staff fled, managing to take only part of their files and equipment, although not everything. Over the rest of the weekend, the Center reached out to the Internet Archive to preserve their web material. The episode attracted the attention of the global media, web archivists, and historians. Historians deal with source losses all the time – sources destroyed by events (from wars, political malfeasance, and so forth) – but here we see how quickly the process of archiving and preserving has sped up.