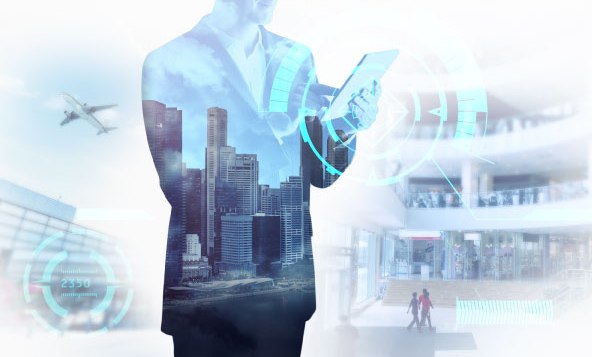 The Internet of Things (IoT) can be defined as the digitizing of reality, the connectedness of the real world, the online extension of … everything. Simply put, IoT is the concept of smart devices interacting with one another through an online connection. IoT technology is not necessarily new in theory or practice: uniquely-identified devices have already been communicating among themselves for years, and programmers, scientists and sci-fi fans alike have long conceptualized it before that. However, the term itself has recently exploded in use, with “Internet of Things” currently peaking in popularity per Google Trends. And it doesn’t show any signs of slowing: according to a June 2014 IDC study, IoT is expected to have a value of over $7 trillion worldwide by 2020.

Arguably the most popular new IoT device, and the one that will significantly impact people in the very near future, is the beacon. Using BLE (Bluetooth low energy) technology, beacons are small instruments that trigger personalized communications and calls to action when individuals come within a certain distance of them. The beacons communicate with smartphones, smart watches and other devices to deliver contextual information in real time. And depending on how that information is acted upon by those who receive it, detailed behavior analytics can be obtained, giving businesses much-needed insight into consumer engagement, purchase intent, conversion and spend in location-based settings.

Source: The Internet of Things for the Masses: Increasing Engagement in a Digitized World