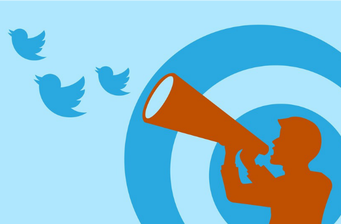 In August 2017, I virtually attended and presented at the Beyond 150: Telling Our Stories Twitter Conference ((#Beyond150CA). In collaboration with Unwritten Histories, Canada’s History Society, and the Wilson Institute, this event was the first Twitter conference to focus on Canadian history. This conference seemed like a great opportunity to present my work on “filles du roi” (daughters of the king) in seventeenth-century New France. But, the idea of presenting an entire conference paper in only 12-15 tweets was intimidating. Would I be able to get my points across in this format? Would I be able to delve into meaningful conversations with the “audience”? Would anyone be in the audience? Was I prepared to lay my research bare on the internet for anyone to find while it was still in a nascent state?

Instead of writing a conference paper, I prepared for this event as I have for roundtable sessions. I wrote an outline for my presentation, focusing on the argument that with filles du roi the French crown invested in children twice to build their North American empire between 1663 and 1673. These young girls (most were 19 years old), hailing mainly from urban poor houses, immediately added to New France’s population with their migration. Once they arrived, the young women were exited to marry quickly. Furnished with large dowries from the French crown, 98% of filles du roi married within three months and 75% of those women were pregnant when they married. They then exponentially grew the number of French subjects abroad with their 4,438 offspring. To incentivize large families, the Edict of 1670 provided tax breaks for families with more than 10 children. Although the average fille du roi married twice and birthed six children and inherited another three stepchildren, 20% of filles du roi birthed more than 10 children. This resulted in a much different social topography from continental France. New France had large, blended families. As vessels of reproduction, filles du roi were essential to France’s seventeenth-century imperial growth. Women and children were commodities to be traded and moved as demographic need dictated.

It was truly a challenge to reduce what became a book chapter to fifteen tweets. To aid our presentations, presenters could include visuals or video elements. Many of my tweets included a PowerPoint slide that provided either statistical evidence (graphs in my case) or additional text to round out the context and/or analysis. Some presenters chose to record short 1-2 minute commentaries in their slides. This was particularly engaging and allowed for them to provide additional analysis and explanation. In the future, I’d experiment with working a few video tweets into my twitter presentation.