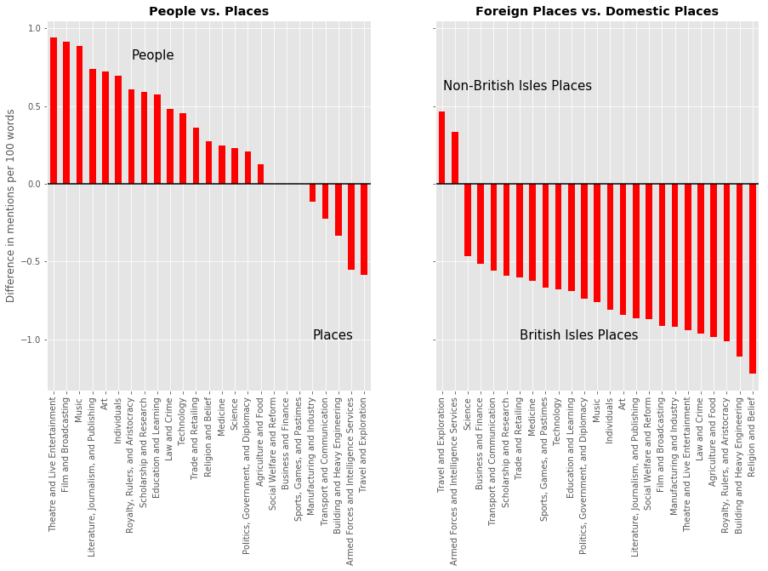 On its release in 2004, the Oxford Dictionary of National Biography was called “the greatest book ever” and “a more enthralling read than all the novels ever entered for the Booker Prize put together.”The tabloid The Daily Mail, where these giddy pronouncements appeared, is not known for understatement, but more cautious academic researchers have long held the ODNB in similarly high esteem. Stefan Collini, writing in the London Review of Books, found himself “experiencing a rare, and wholly unironic, feeling that mixes pride and humility with a dash of wonder” when he considered “generations to come making use of this vast consolidation of scholarly accuracy for purposes of their own which may be barely imaginable to us now.” Taking into account both the hardbound version and what most assume is its digital doppelgänger at oxforddnb.com, Noel Malcolm in The Sunday Telegraph called the ODNB “an astonishing piece of work: a colossal, beautiful, fully functional and utterly user-friendly engine of enlightenment.” Reviewers’ initial responses—awe and astonishment—have, until recently, arguably been the responses most appropriate to the ODNB considered in its entirety. The enormous scope of ODNB, which is the work of roughly 10,000 scholars, runs to 60 volumes in print, and is made up of more than 62 million words, quickly defeats the capacities of even those most eager to praise it.

Awe and astonishment have been the most reasonable scholarly responses to the ODNB, that is, until the new possibilities afforded by several key fields that, in combination, form a critical engine suitable for this “engine of enlightenment.” In what follows, I combine insights from information history, digital history, sociology of knowledge, media archeology, history of archives, distant reading, and data visualization to gain further purchase on the ODNB. These fields—which for shorthand I’ll call “digital humanities”—mitigate some of the challenges of studying the ODNB as such. As another early reviewer complained, “If you were to read one life in the new DNB every day you would take 137 years to finish it. So reviewing it is like exploring a continent by rowing boat.” However, the reasons to dedicate critical and computational power to study the ODNB in this way are not limited to the slightly imperialist-sounding work of “exploring a continent.” As former ODNB Senior Research and Publication editor Philip Carter has argued, we now have “the ability to use national biographies both as written collections and as data to make connections and trace patterns that could not be identified without the existence of collective biography in digital form.” Some historical trends and latent ideologies, in other words, only become visible by reading historiography at scale.