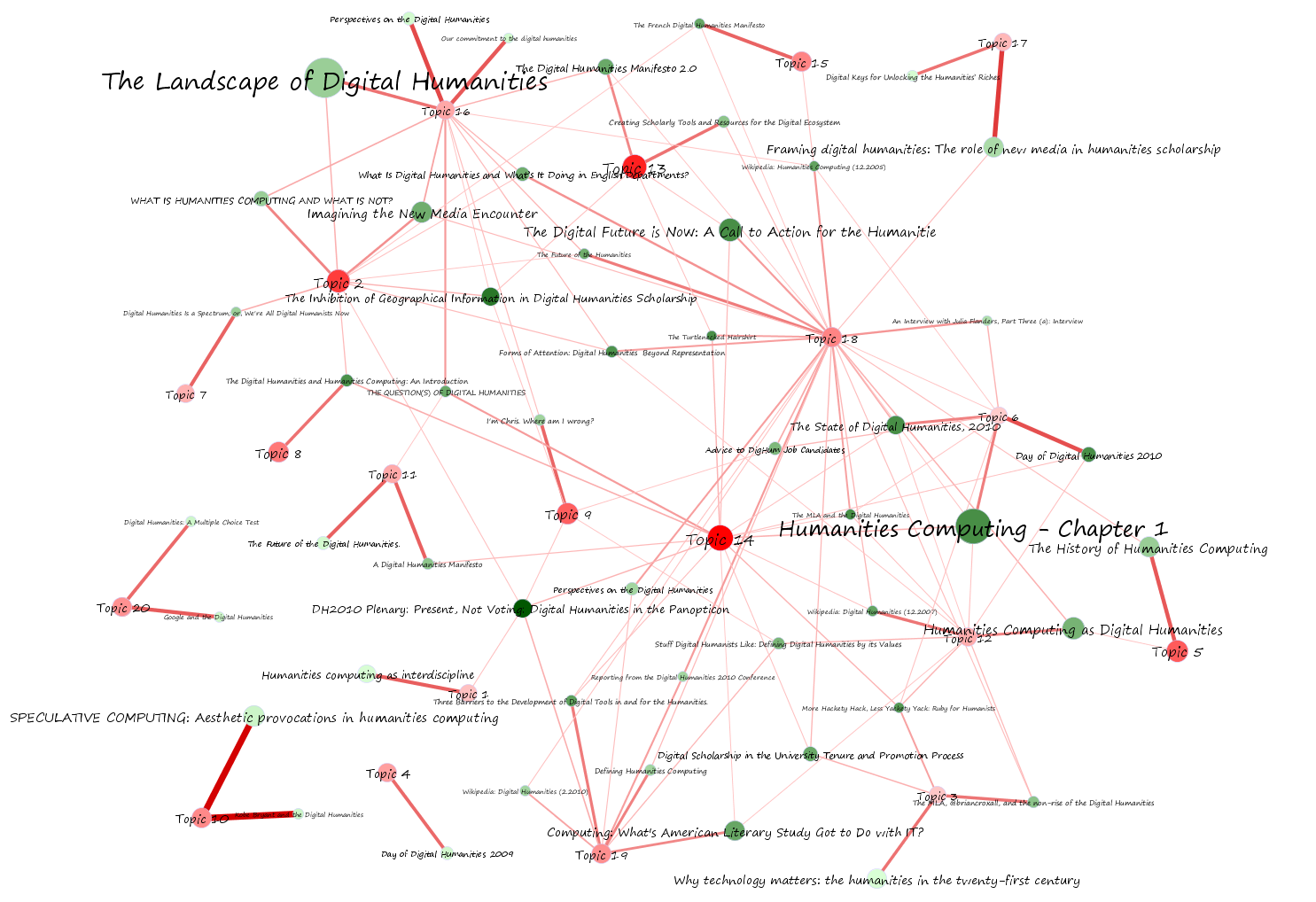 It’s that time again! Somebody else posted a really clear and enlightening description of topic modeling on the internet. This time it was Allen Riddell, and it’s so good that it inspired me to write this post about topic modeling that includes no actual new information, but combines a lot of old information in a way that will hopefully be useful. If there’s anything I’ve missed, by all means let me know and I’ll update accordingly.

Topic models represent a class of computer programs that automagically extracts topics from texts. What a topic actually is will be revealed shortly, but the crux of the matter is that if I feed the computer, say, the last few speeches of President Barack Obama, it’ll come back telling me that the president mainly talks about the economy, jobs, the Middle East, the upcoming election, and so forth. It’s a fairly clever and exceptionally versatile little algorithm that can be customized to all sorts of applications, and a tool that many digital humanists would do well to have in their toolbox.

From the outset it’s worth clarifying some vocabulary, and mentioning what topic models can and cannot do. “LDA” and “Topic Model” are often thrown around synonymously, but LDA is actually a special case of topic modeling in general produced by David Blei and friends  in 2002. It was not the first topic modeling tool, but is by far the most popular, and has enjoyed copious extensions and revisions in the years since. The myriad variations of topic modeling have resulted in an alphabet soup of names that might be confusing or overwhelming to the uninitiated; ignore them for now. They all pretty much work the same way.

When you run your text through a standard topic modeling tool, what comes out the other end first is several lists of words. Each of these lists is supposed to be a “topic.” Using the example from before of presidential addresses, the list might look like: