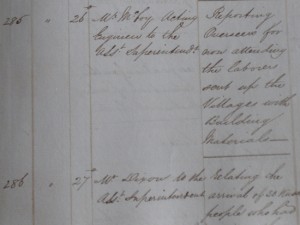 You know you’re a pretentious academic blogger when you start titling your posts in French, and if you can quote one of the most notoriously abstruse French philosophers at the same time, well that’s just a bonus. Jacques Derrida is not much in style these days (if he ever was). His ideas, and especially his prose, have been the butt of many jokes over the past half-century, but his 1994 lecture series Mal d’Archive (later published and translated as “Archive Fever“) is a significant artifact of the early days of the digital revolution. Although I don’t quite agree with everything its author says, the book makes an earnest attempt to grapple with the intersection of technology and memory and offers some worthwhile insight.

The idiomatic en mal de does not have a direct analogue in English, but for Derrida it means both a sickness and “to burn with a passion.” It is an aching, a compulsive drive (in the Freudian sense) to “return to the origin.” It is the sort of fever rhapsodized by Peggy Lee, the kind of  unquenchable desire that can only be remedied by more cowbell. Whatever Derrida means by archive fever (and I think he leaves its precise meaning deliberately ambiguous), it is a concept that has some resonance for historians. As a profession, we tend to privilege primary sources, or archival documents, over secondary sources, or longer works that analyze and interpret an archive. Yet even the most rudimentary archival fragment contains within it a narrative, a story, an argument. Every document is aspirational; every archive is also an interpretation. There is no such thing as a primary source. There are only secondary sources. We build our histories based on other histories. The archive, Derrida reminds us, is forever expanding and revising, preserving some things and excluding others. The archive, as both subject and object of interpretation, is always open-ended, it is “never closed.”An archivist works feverishly.

Of course, in a few weeks, in what can only be described as a stunning disregard for French philosophy, the Georgia State Archives will literally shut its doors. Citing budget cuts, the state announced it will close its archives to the public and restrict access to special appointments (and those appointments will be “limited” due to layoffs). For now, researchers can access a number of collections through the state’s Virtual Vault, but it is not clear whether more material will be added in the future. The closure comes at the behest of governor Nathan Deal, whose recent political career has been beset by ethics violations. The cutbacks are the latest in a string of controversial decisions by the Georgia governor, including the rejection of billions of dollars in medicare funds and a $30 million tax break for Delta Airlines, and will have a negative impact on government transparency. Coming on the heels of the ban on ethnic studies in Arizona, the campaign against “critical thinking” in Texas, attacks on teachers in Illinois and Wisconsin, and deep cuts in public support for higher education across the country, the news from Georgia seems a portent of dark times.

Archives are so essential to our understanding of the past, and our memory of the past is so important to our identity, that it can feel as if we have lost a little part of ourselves when one is suddenly closed, restricted, or destroyed. Historian Leslie Harris calls public archives “the hallmarks of civilization.” Although I don’t entirely agree (are groups that privilege oral tradition uncultivated barbarians?), Harris points to a fundamental truth. The archive is an integral component of a society’s self-perception. Without open access to archival collections, who could corroborate accusations that the government was conducting racist medical experiments? Who would discover the lost masterpiece of a brilliant author? Who would provide the census data to revise wartime death tolls? Who would locate the final key to unlock the gates of Hell? All of the boom and bluster about digitization and the democratization of knowledge notwithstanding, it is easy to forget that archival work is a material process. It takes place in actual physical locations and requires real workers. What does it mean for the vaunted Age of Information when states restrict or close access to public repositories?