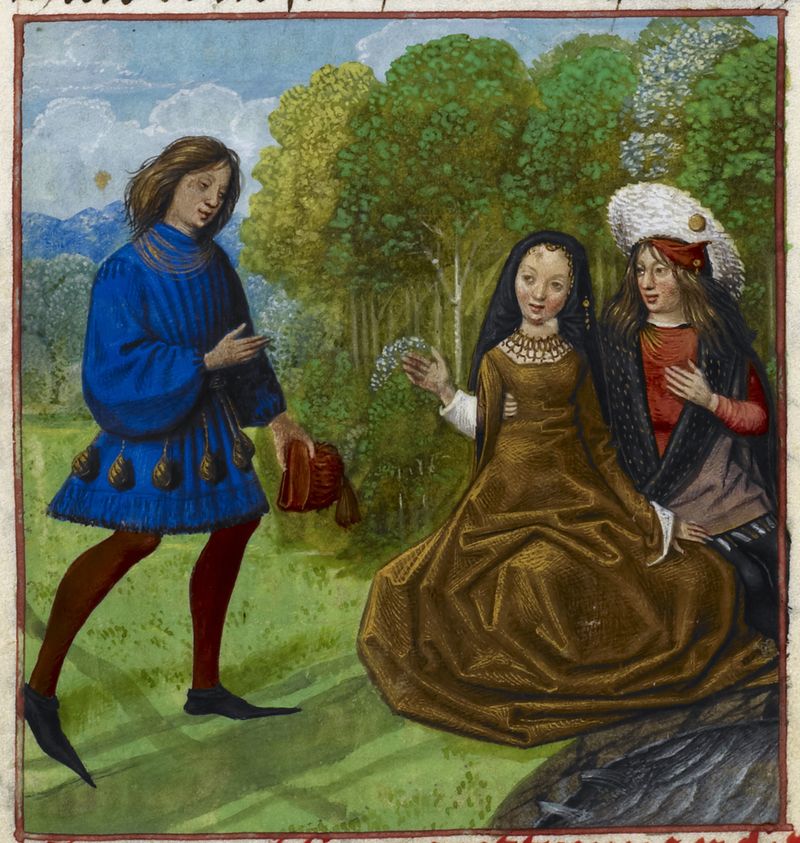 Along with the less-than-romantic scenes of butchery and betrayal, murder and mayhem (see our previous post Sex and Death in the Roman de la Rose), there are of course many miniatures in Harley MS 4425 which depict an idealised courtly world and its inhabitants.  As well as serving as a narrative accompaniment to the text, these illustrations reflect the fashions and culture of the late fifteenth-century Burgundian court, and the tastes of the nobleman who commissioned its production, Engelbert II, Count of Nassau and Vianden (d. 1506).