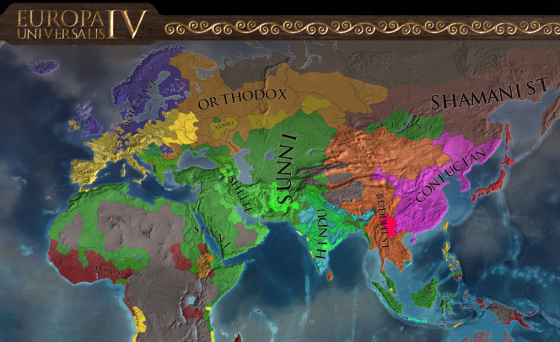 While I’m a pretty big fan of strategy games in general, historical strategy games are particularly interesting, especially from a pedagogical standpoint.  As I and many of the other Play the Past authors have previously discussed, these games allow us to look at the past through a different lens than we typically get through other media.  Games are a particularly effective way of engaging in playful historical thinking, putting us in the same situations as our predecessors and letting us see what we can do given the same tools.  Of course, some games are more effective at this than others.  Risk, for example, despite being perhaps the most well-known games of this type, has never been my favorite.  It’s not that it’s impossible to create interesting counterfactual histories in Risk.  I once played a game where the Ottomans and Scandinavia formed a grand alliance in an attempt to hold their eastern borders against rampaging armies from Asia.  Although it sounds like an interesting premise, it wasn’t as exciting as it sounds.  Although my friends and I took on the names of the countries in the rough areas of where our armies started, technically, Risk players don’t really control countries.  They simply control a number of generic pieces scattered randomly about the board.  Though the alliance between the yellow wooden cubes and the green wooden cubes was the high point of that game, there was nothing except their position on the board that made us think at all critically about history.  While geography plays a significant role in how a game of Risk plays out, there’s not really much historical context to the supposedly Napoleonic-era game.

Source: Counterfactual History and The Conquest of Paradise