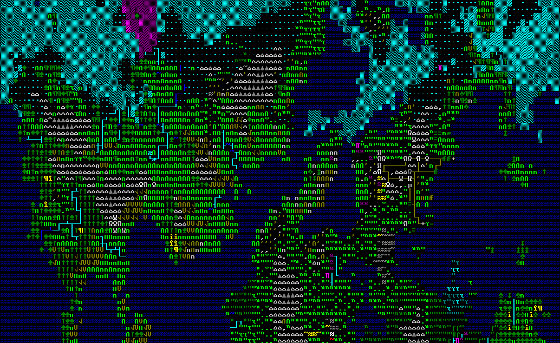 When most people think about the kind of super-high-performance games people build custom PCs for, they probably imagine some first-person shooter with fast action, huge explosions, and millions of polygons being rendered to the screen at real time.  Few people would think of Dwarf Fortress, a game that is rendered with simple ASCII characters and in that, they would be remiss.  As a recent Polygon article notes, Dwarf Fortress can bring most PCs to a grinding halt as it sucks up CPU power in order to generate hundreds of years worth of fictional history in a few minutes, and people do, indeed, build custom gaming PCs geared toward running Dwarf Fortress more smoothly.  Although the game’s aesthetic may draw from early ASCII games such as Rogue, ZZT, and Kroz,  Dwarf Fortress is far from being a “retro” game (it doesn’t, as Angela recently discussed, build on our memory of past games).  In fact, like modern shooters with their coveted arsenals of polygons, Dwarf Fortress is a game that would have been technologically impossible with 1980s hardware.