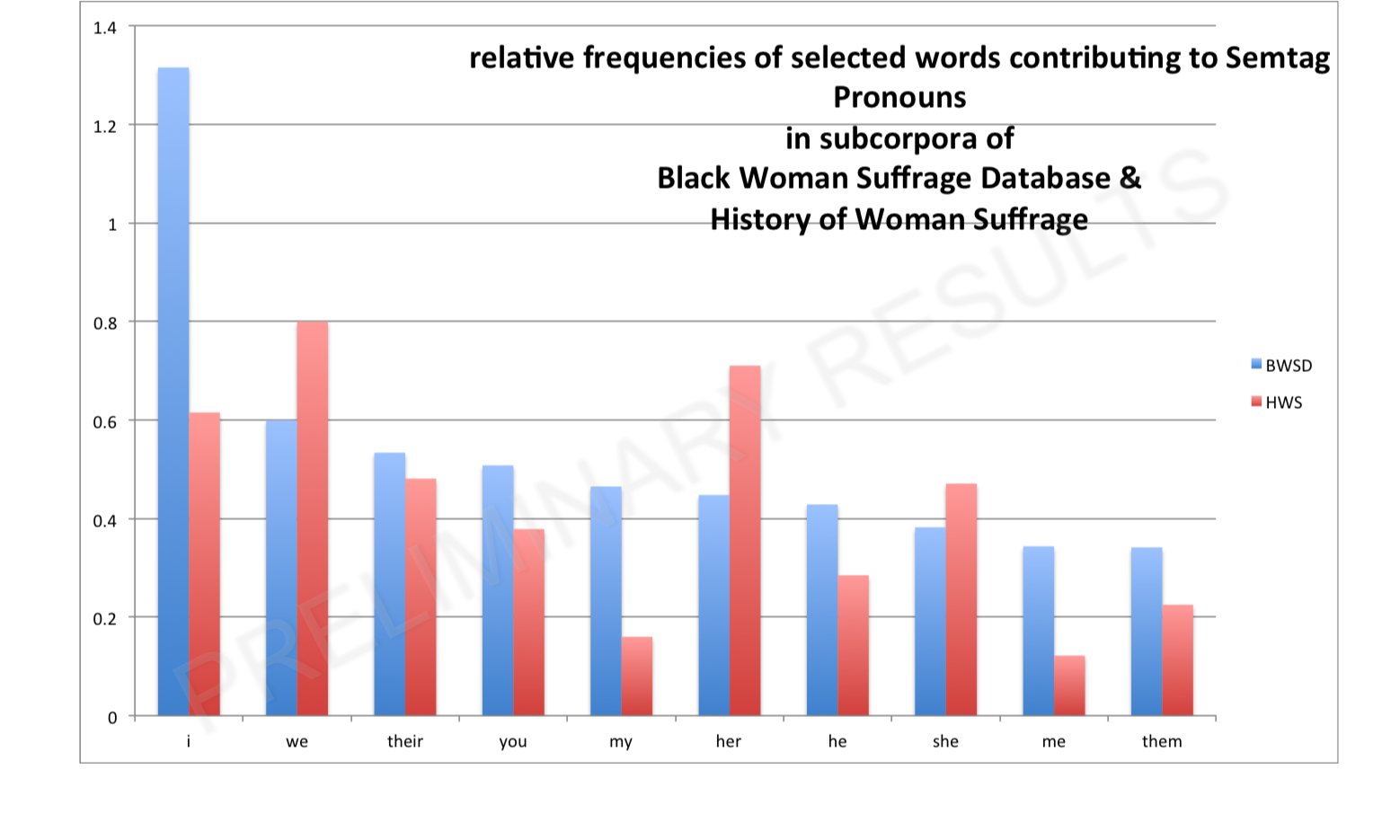 In terms of knocking down accepted historiographies, the results around sphere seemed most well received. Woman’s sphere is such an entrenched concept in the historiography of women’s history that the fact that female authors in the History of Woman Suffrage used sphere less than the male authors did is more than a little surprising.*

The male authors weren’t prescribing woman’s sphere,  as the Rev Samuel Johnson put it in an 1856 letter man “must clear himself of this senseless twaddle about “woman’s sphere.”

However, as male allies attempted to address one of the strongest arguments against woman’s rights, what students of nineteenth century US white women’s history have come to know as “separate spheres,” they took various tacts.   In an 1870 speech given by George William Curtis he accedes to the notion of spheres while discounting their import:   “Here, at this moment, in this audience, I have no doubt there is many a man who is exclaiming with fervor – “Home, the heaven-appointed sphere of woman.” Very well. I don’t deny it, but how do you know it? How can you know it?” The speech of Reverend James Freeman Clarke to the New England Women’s Rights Convention, May 27, 1859 offers a strategic shift in spheres: The accusation is “you want to take woman out of her sphere.” Not at all, we wish to give her a sphere.”