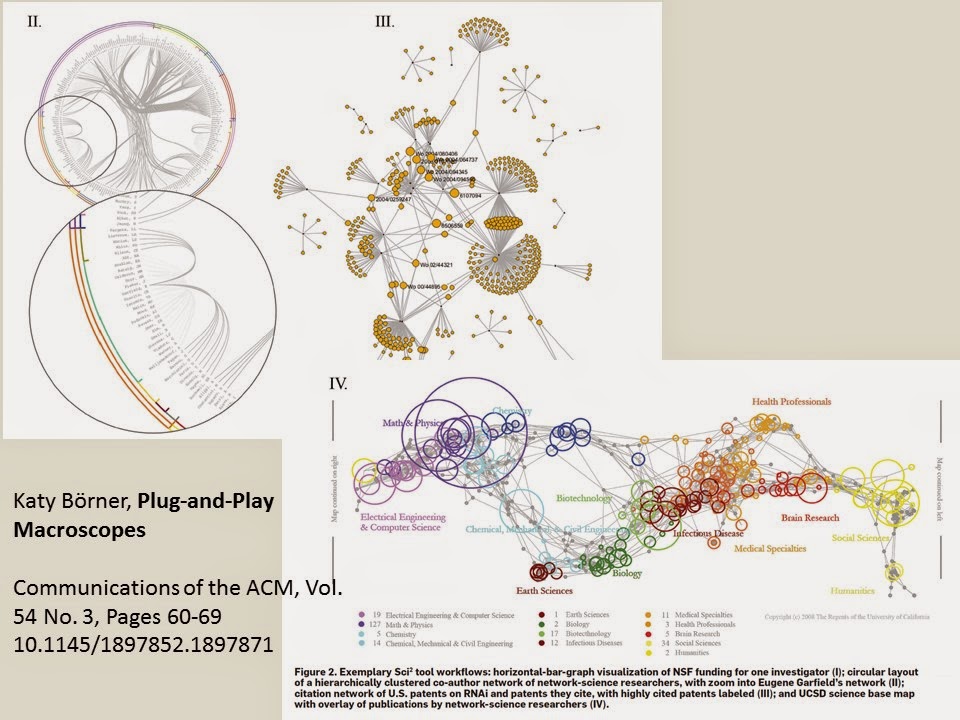 In recent months there has been a lot of talk about big stuff. Between ‘Big Data’ and calls for a return to ‘Longue durée’ history writing, lots of people seem to be trying to carve out their own small bit of ‘big data’. This post represents a reflection on what feels to me to be an important emerging strategy for information interrogation driven by the arrival of ‘big data’ (a ‘macroscope’); and a tentative step beyond that, to ask what is lost by focusing exclusively on the very large. And the place I need to start is with the emergence of what feels to me like an increasingly commonplace label – a ‘macroscope’ – for a core aspiration of a lot of people working in the Digital Humanities.

As far as I can tell, the term ‘macroscope’ was coined in 1969 by Piers Jacob, and used as the title of his science fiction/fantasy work of the same year – in which the ‘macroscope’, a large crystal, able to focus on any location in space-time with profound clarity, is used to produce something like a telescope of infinite resolution. In other words, a way of viewing the world that encompasses both the minuscule, and the massive. The term was also taken up by Joel de Rosnay and deployed as the title of a provocative book on systems analysis first published in 1979. The label has also had a long and undistinguished afterlife as the trademark for a suite of project management tools – a ‘methodology suite’ – supported by the Fujistu Corporation.

But I think the starting point for interest in the possibility of creating a ‘macroscope’ for the Digital Humanities, comes out of computer science, and the work of Katy Börner from around 2011. Her designs and advocacy for the development of a ‘Plug and Play Macroscope’, seems to have popularised the idea to a wider group of Digital Humanists and developers. To quote Börner:

‘Macroscopes provide a “vision of the whole,” helping us “synthesize” the related elements and detect patterns, trends, and outliers while granting access to myriad details. Rather than make things larger or smaller, macroscopes let us observe what is at once too great, slow, or complex for the human eye and mind to notice and comprehend.’ (Katy Börner, ‘Plug-and-Play Macroscopes’, Communications of the ACM, Vol. 54 No. 3, Pages 60-6910.1145/1897852.1897871)