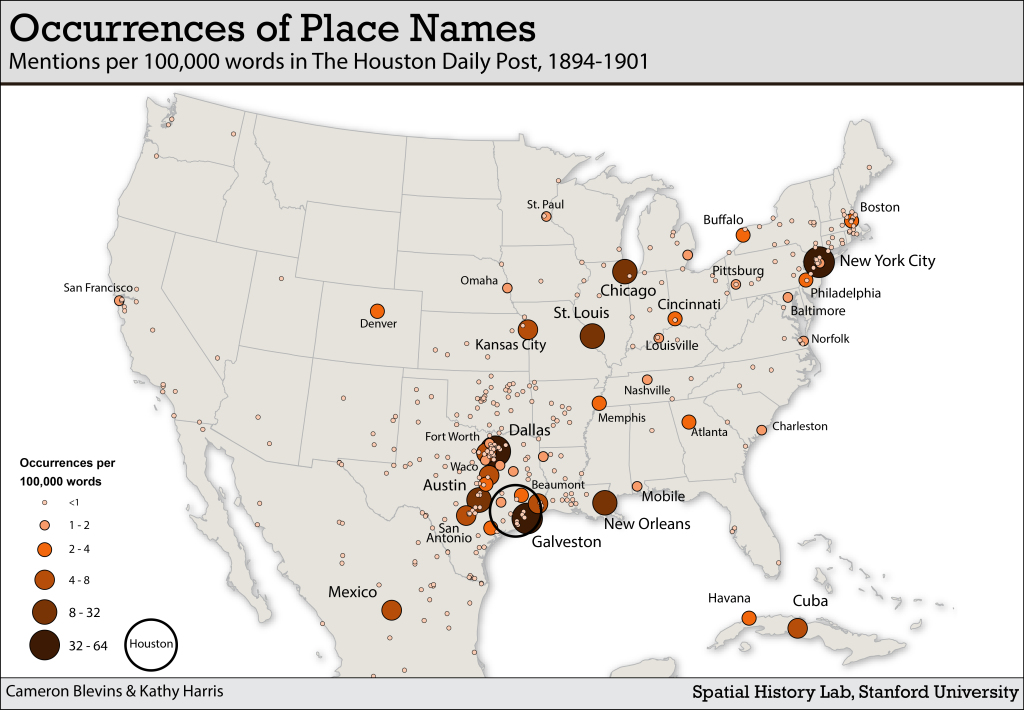 [The following is the text of a talk I prepared for a panel discussion about authoring digital scholarship for history with Adeline Koh, Lauren Tilton, Yoni Appelbaum, and Ed Ayers at the 2015 American Historical Association Conference.]

I’d like to start with a blog post that was written almost seven years ago now, titled “Sunset for Ideology, Sunrise for Methodology?” In it, Tom Scheinfeldt argued that the rise of digital history represented a disciplinary shift away from big ideas about ideology or theory and towards a focus on “forging new tools, methods, materials, techniques, and modes or work.” Tom’s post was a big reason why I applied to graduate school. I found this methodological turn thrilling – the idea that tools like GIS, text mining, and network analysis could revolutionize how we study history. Seven years later the digital turn has, in fact, revolutionized how we study history. Public history has unequivocally led the charge, using innovative approaches to archiving, exhibiting, and presenting the past in order to engage a wider public. Other historians have built powerful digital tools, explored alternative publication models, and generated online resources to use in the classroom.

But there is one area in which digital history has lagged behind: academic scholarship. To be clear: I’m intentionally using “academic scholarship” in its traditional, hidebound sense of marshaling evidence to make original, explicit arguments. This is an artificial distinction in obvious ways. One of digital history’s major contributions has, in fact, been to expand the disciplinary definition of scholarship to include things like databases, tools, and archival projects. The scholarship tent has gotten bigger, and that’s a good thing. Nevertheless there is still an important place inside that tent for using digital methods specifically to advance scholarly claims and arguments about the past.

In terms of argument-driven scholarship, digital history has over-promised and under-delivered. It’s not that historians aren’t using digital tools to make new arguments about the past. It’s that there is a fundamental imbalance between the proliferation of digital history workshops, courses, grants, institutes, centers, and labs over the past decade, and the impact this has had in terms of generating scholarly claims and interpretations. The digital wave has crashed headlong into many corners of the discipline. Argument-driven scholarship has largely not been one of them.