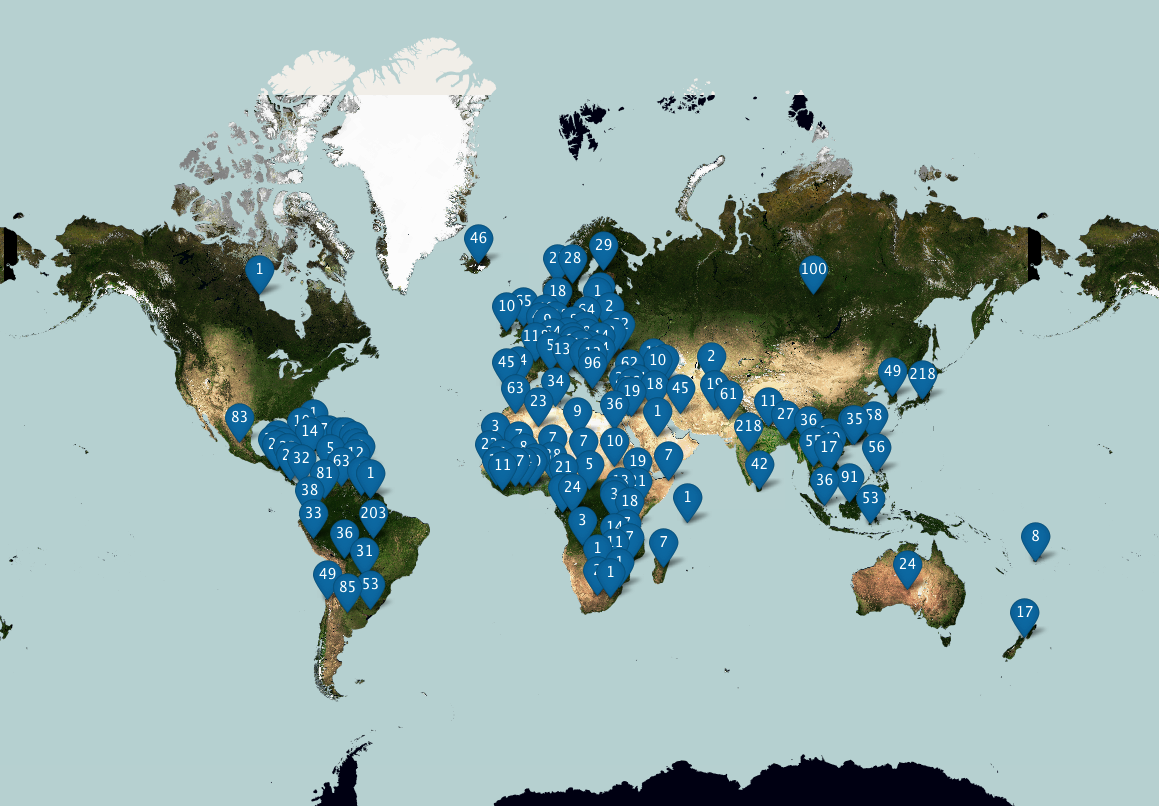 During the Cold War, thousands of musicians from the United States traveled the world under the sponsorship of the State Department’s Cultural Presentations program. This program was not straightforward political propaganda, though it certainly supported U.S. government objectives. The musicians built relationships both musical and personal. By their presence and their performances, they also offered audiences evidence of America’s improving race relations, excellent musicianship, and generosity toward other peoples. Some of their stories are detailed in Danielle’s new book Music in America’s Cold War Diplomacy (University of California Press, 2015).
In researching the book, it became clear that the sheer quantity of data to be managed was unusual—at least in the context of musicology. The available archival record of the Cultural Presentations Program in the 1950s and ’60s amounts to hundreds of thousands of pages of documents about thousands of musicians and musical groups. Most of these sources are held at the National Archives at College Park and in the Special Collections Division of the University of Arkansas Libraries. (Many more documents were discarded by the Federal government or remain in private hands.)

The existing documents include evidence about how the American performances were received by listeners, including translated press clippings and eyewitness accounts. This evidence was gathered for the State Department by people who worked in U.S. embassies and consulates: inevitably, it was filtered through American perspectives. To make the picture more complete, we would need detailed archival and ethnographic studies conducted in the places where the musicians played.

For this reason, it seems very important to help many other scholars discover portions of the data that relate to their own interests and expertise.