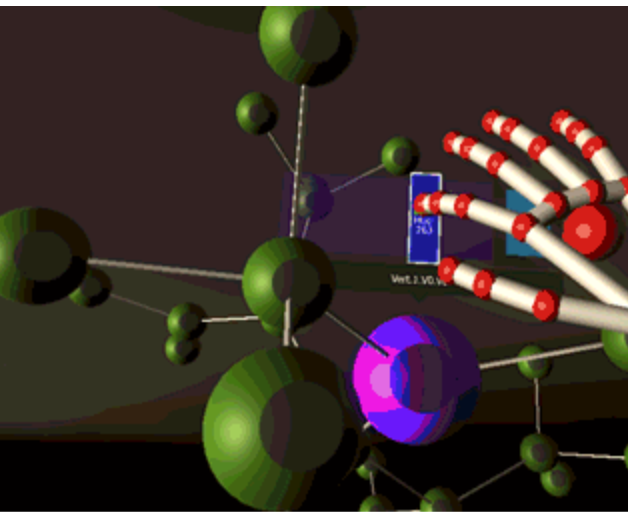 I recently released the v2.0-alpha version of Hover UI Kit, which is a tool for building VR/AR user interfaces. Of course, as an “alpha” release, there are bound to be bugs and other issues. The best way to test out a tool is to actually use it… which leads to today’s development update. The video below shows a glowing, interactive, force-directed graph in room-scale VR. Users can reach their hands directly into the scene to interact with both the graph and the menu interfaces.