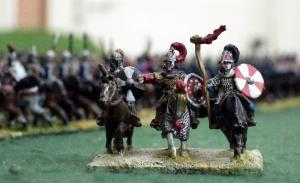 War and games have much in common: multiple contestants compete to win within a physically determined set of realities, each using strategies that are frequently buffeted by interventions of chance and chaos. It is no surprise, then, that war games have been used as predictive tools by military leaders since at least the early 19th century (see the recent collection Zones of Control [2016]). Less familiar is the idea of using games as reconstructive tools in academic military history, although the ancient historian Philip Sabin (Lost Battles [2009]; Simulating War [2014]) has done excellent work on this topic.