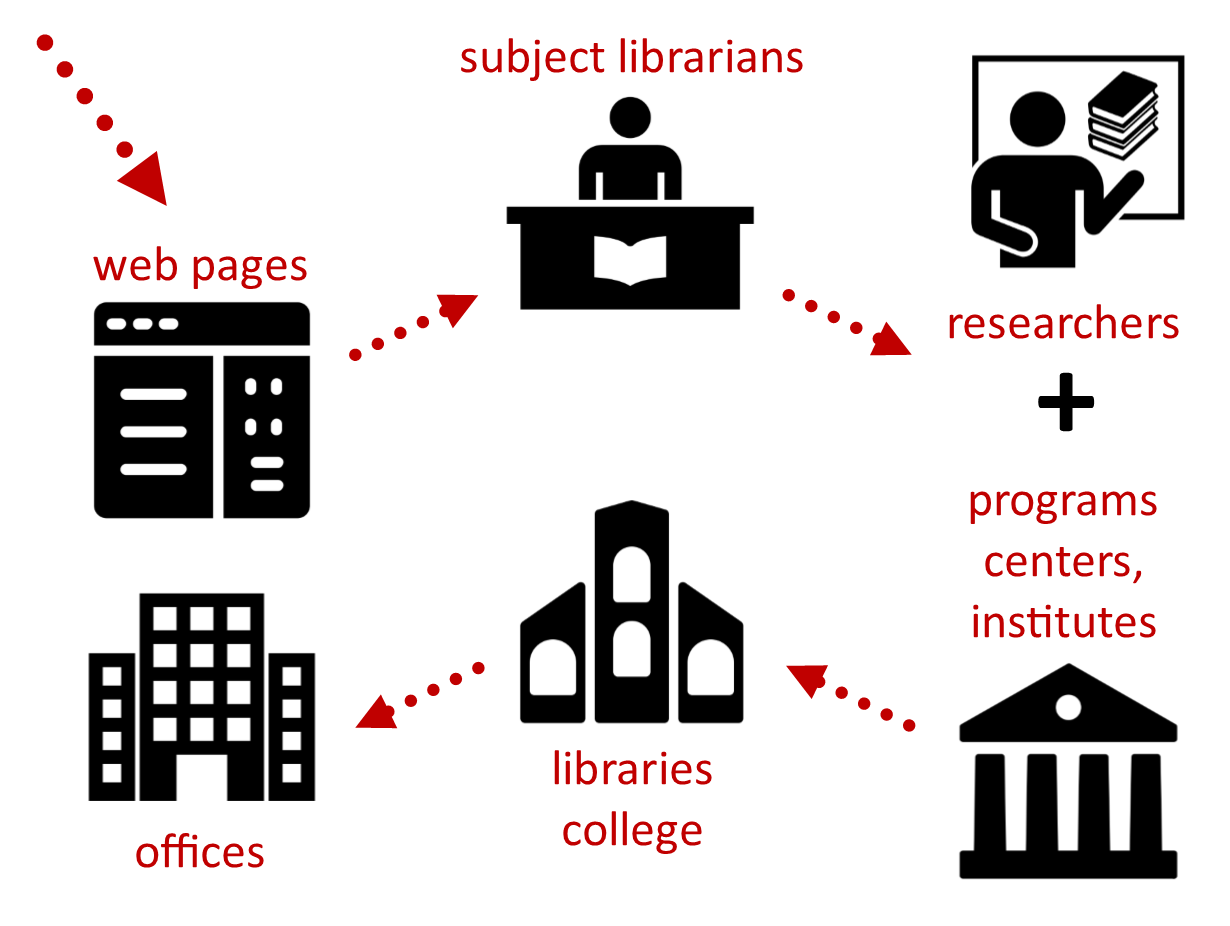 As a digital humanities librarian, E. Leigh Bonds (The Ohio State University) undertook an institutional environmental scan as the basis for assessment, identifying gaps, and developing recommendations. In this post, Bonds details her approach and framework, which prompted conversations and coordination across campus.

In August 2016, I became The Ohio State University’s first Digital Humanities Librarian. I’d already been “the first” at another institution, so I was acutely aware that distinction is both a gift and a curse: on one hand, I have the opportunity to define the role; on the other, the responsibility of defining that role. More importantly, I knew “the first” typically has the task of mapping previously uncharted (or partially charted) territory—the scope of digital humanities on campus—and exactly one week into my new position, I received that first charge: conduct an environmental scan of DH at OSU.

Having never conducted a formal environmental scan before (or even witnessed someone else doing one), I turned to the literature: no one charged with such an undertaking—regardless of campus size—does so without consulting those who have already charted their own environments. From recent publications (see Works Consulted), I gleaned that the scan should determine the nature of DH work underway, researchers’ interests, researchers’ needs, existing resources, and gaps in resources. All of the information gathered would then be complied into a report—in my case, an internal report for the Libraries’ administration and the head of the research services department—that included  recommendations based on the findings.

What follows is my strategy for making these determinations and framing my report. Rather than provide a one-size-fits-all template (which would most likely work for no one), I explain the process I followed—and the thinking behind that process—to guide other “firsts.”