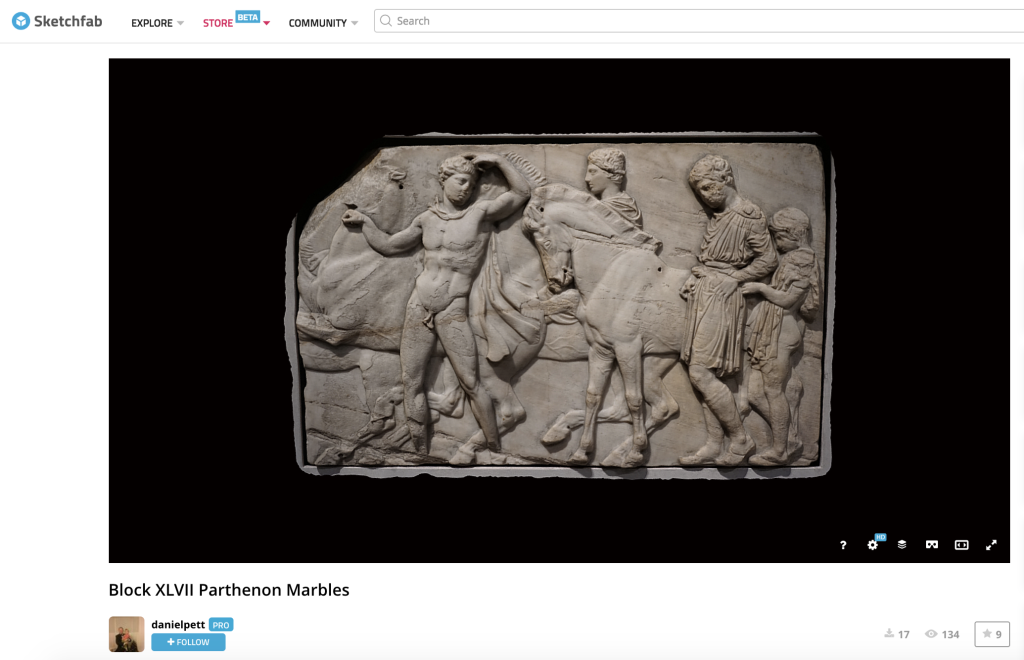 This week over at Hyperallergic, I wrote about new exhibits at the British Library and the Victoria & Albert Museum which both engage with the cultural heritage of ancient and medieval Ethiopia. An examination of the Ethiopian cultural heritage held in the libraries and museums of Britain can perhaps demonstrate a seminal point about digitization and the digital humanities more broadly: Digital editions can never fully replace an analog object. No matter how many manuscripts we digitize and make available online or 3D scans we create of the Parthenon frieze, they are not a replacement for repatriation.

One reason for both of the UK exhibits this year is the 150th anniversary of the British army’s Abyssinian Expedition of 1868. The campaign was ostensibly in reaction to the holding of British hostages by Tewodros II (also called Theodore), who was the Coptic Christian ruler of Abyssinia; the core of what is today called Ethiopia. Ethiopia has been a Christian country since the fourth century CE, making copies of the Gospels and the stories of saint a central part of their rich manuscript tradition in later years.

The emperor ultimately committed suicide as 13,000 British military troops descended upon the capital city of Maqdala (or Magdala). The hostages were freed unharmed, but the expedition ultimately became more about treasure than human life. It reportedly took 15 elephants and 300 mules to haul all of the loot from the decimated region. In a manner rather reminiscent of the Siege of Jerusalem (70 CE) and the , priceless cultural objects were pilfered and then sent to London for sale.

Many of the manuscripts, royal crowns, and other precious cultural patrimony were sold at auction to various British cultural institutions: the British Museum, the Royal Library, the Bodleian Library at Oxford, Cambridge University Library, the John Rylands Library, the South Kensington Museum (later renamed the Victoria & Albert), the Museum of Mankind, and the National Army Museum (Ofcansky and Shinn 2004: 48). Although not online, it has been widely reported that at the Bodleian Library there is a penciled notation on a manuscript (MS Aeth. d. 1) that states in English,“taken from a church at Maqdala in 1868.” There is little question where many of these objects originally came from and how they were acquired.