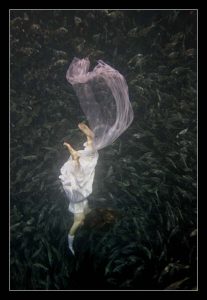 One thing we digital methods people like to harp on about is the fact that quantitative methods are brilliant for dealing with huge amounts of text that are quite frankly incomprehensible at the level of literary-linguistic detail we would like to be able to study them at. The ability to observe frequency at a level of detail that would be impossible at scale is this is indeed their radical possibility. But the question of ‘scale’ is not a fixed measure. To the literary scholar used to focusing on one text at a time, ‘scale’ could mean that one text, whereas to someone who is used to dealing with corpora, ‘scale’ could represent the entirety of Eighteenth Century Books Online (ECCO). So when I was approached to write this post, I wanted to model what resources like CLiC offer to the scholar used to closely interacting with one text at a time.

I was intrigued to see that the CLiC project had included a copy of The Awakening and Selected Short Stories by Kate Chopin, in large part because The Awakening can be classified as a very long short story or a very short novella. It is very much the kind of writing which is perceived as wholly human-addressable, insofar that it is short enough to read in one sitting.[1] The Awakening is also widely understood as an early example of the development of an autonomous female identity (Toth 1976, 242; Gray 2004, 53; Chopin 57). Literary critics such as Perkins-Gilman (1898, 79); Skaggs (1974, 348) Seyersted (1969, 134) and Grey (2004) have focused on the performative aspects of women’s social enclosure within the confines of 19th century home life. And I am intrigued by its history as part of women writing their own literature and history about their own experiences in a society where this is widely frowned upon. In this post, I shall illustrate how simple frequencies can be used to guide a literary analysis