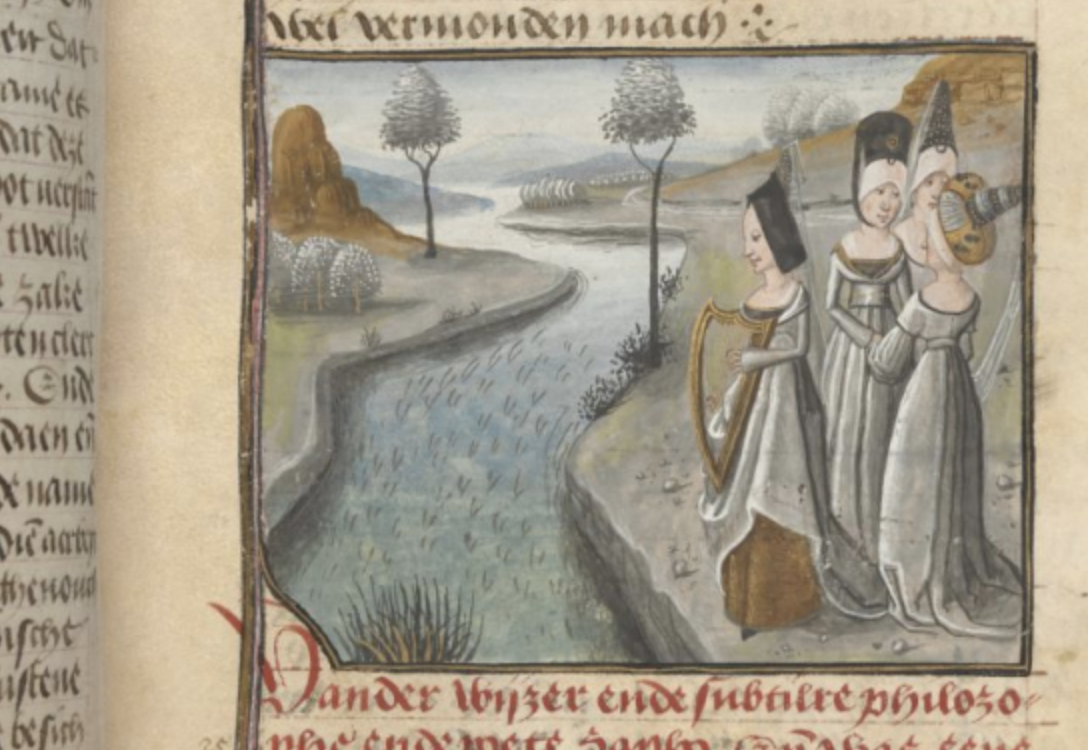 This semester, I am teaching our department’s Archaic to Classical Greek Survey. I specialize in late antique Roman history and GIS, and thus this has been a departure from my normal research interests–and just one reason we are searching for a Homerist with DH skills right now. However, reading and teaching Greek does not mean that digital humanities cannot still be intertwined into everyday pedagogy. Teaching languages can still benefit greatly from digital contact with original papyri, ostraca, and manuscripts from antiquity and the middle ages. Case and point? The poet Sappho.

When I was hired at the University of Iowa, my teaching demonstration for Classics was to teach a portion of Homer’s Iliad to undergraduate Greek students. I took a non-traditional route to this assignment by using a fantastic digital project called the Homer Multitext Project  (edited by Casey Dué and Mary Ebbott) in order to challenge students not only to translate Homer, but to become familiar with the material culture that transmits a large amount of his work: manuscripts and papyri.

Homeric papyri fragments in particular range in date from the third century BCE to the seventh century CE. That new Homer inscription found at Olympia? That is from around the 3rd century CE. I had students translate the transcribed Greek in their textbooks aloud first, and then we took the same passages and read them on papyrus, on stone, and then from manuscripts. Students were generally enchanted by seeing the handwriting of ancient and medieval students and scribes and challenged to develop some paleographic skills. Further proof that it is never too early to start epigraphic training.