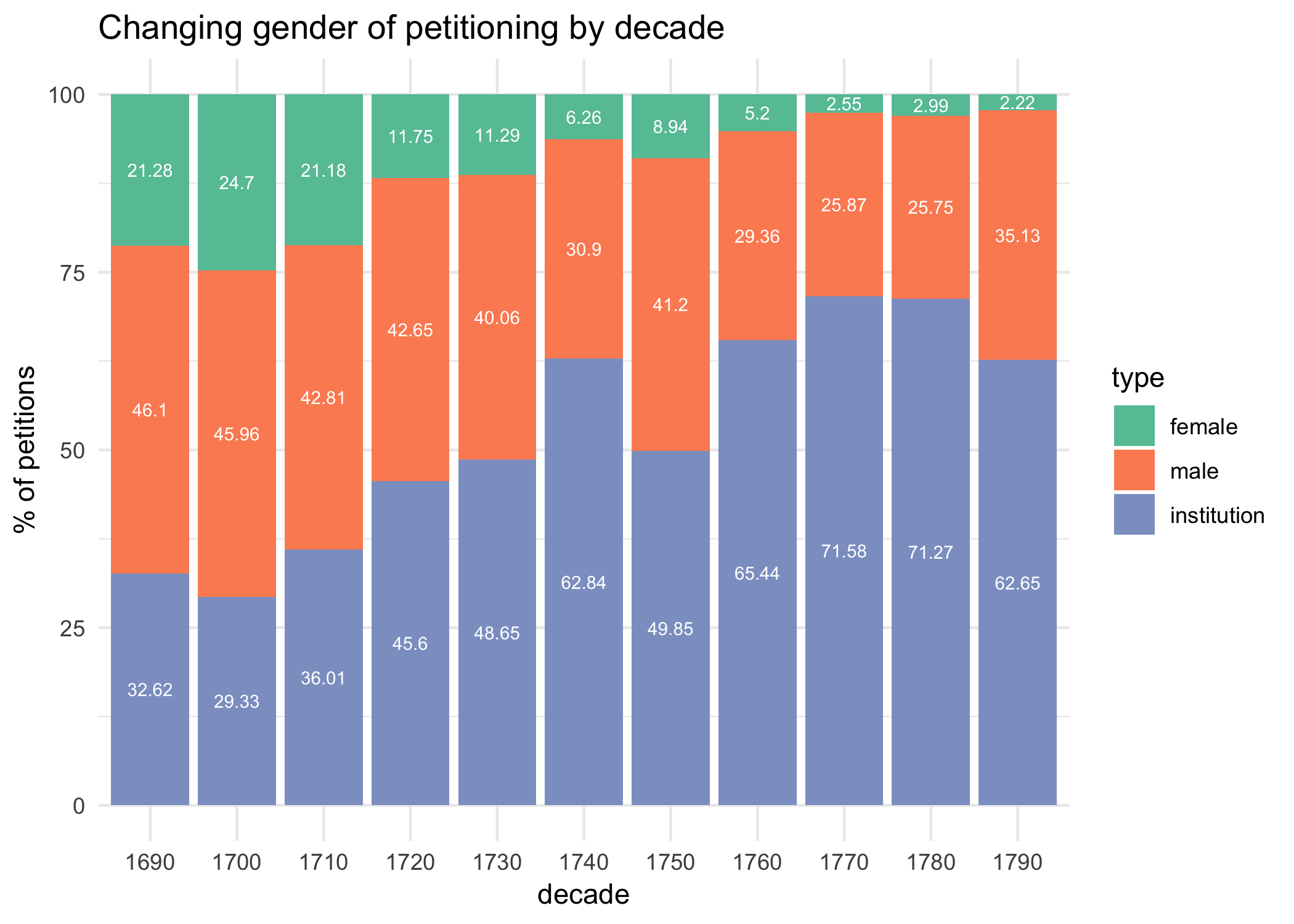 When and Why do Petitions Matter?

This post is an extended version of my paper for the April 2019 workshop held by the AHRC Research Network on Petitions and Petitioning from the Medieval Period to the Present, on the theme Petitioning in Context: when and why do petitions matter?

The network is explicitly interdisciplinary, international and comparative: it brings together social and political historians, political and social scientists, literary and media scholars, as well as officials administering legislative e-petitions systems and representatives of NGOs using e-petitions in their campaigns. In terms of chronological and geographical scope, the network covers petitions and petitioning from the medieval period to the present day in polities across Europe and North America.

Why do “prosaic” petitions matter?

“Prosaic” petitions is a term I recently discovered in an article by Alan MacDonald (2018) which I was particularly taken with as a description of the London Lives petitions, and the many thousands of 17th-18th-century petitions like them.

I think they mattered, as MacDonald argues very succinctly, in two essential ways. Firstly, they mattered to petitioners.

Most of the time, petitioning concerned ordinary things, but these things were important to those making the requests…

an important foundation from which interactions between governors and the governed can be understood… Prosaic petitioning can enhance our understanding of the shifting dynamics of power in a small, early modern state (MacDonald 2018, p.294)

Both MacDonald and Laura Stewart (2018) also use the term “everyday” petitions; these petitions definitely aren’t about supporting political causes or agitating for political change.

Nonetheless, they do embody conflict and contested authority. What I mean by that is not just that prosaic petitions are about grievances and disputes but also that, very often, those grievances concern the actions (or inaction) of social superiors or authorities, and are presented to another institutional authority for adjudication, with potentially face-threatening consequences for the subject of the complaint. However conservative the request and humble the language, that is potentially disruptive. (In fact, surely the language is “humble” precisely in order to soften the threat to the hierarchical order of things.)

How, and for whom, petitioning mattered changed significantly in London over the course of the 18th century; changes that were strongly gendered. This is my initial attempt to explore those changes.