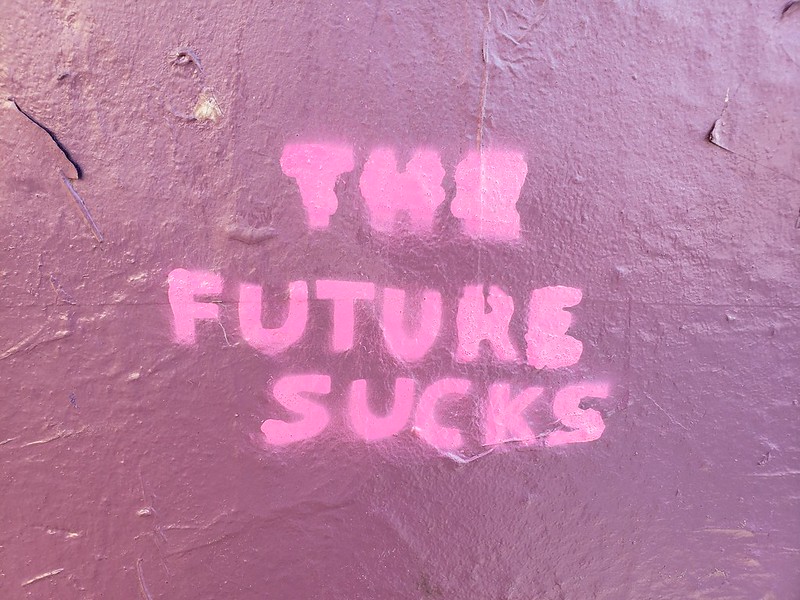 I had no way of knowing that the resulting book would be given a release date of November 8, 2016. By that point, my vague source of nausea while writing Drupal for Humanists had turned into a roly-poly nearly-1-year-old, dressed in a Hillary onesie sent by his great-aunt in Texas. (We waited until late in the election for him to wear it; Berkeley never really got over Bernie.) We believed things were going to be all right with the election, but I joke when I’m nervous. For the months leading up to November 4th, the Day When This Would All Be Over, I’d roll my eyes when I told people the release day of my book, and would quip, “At least one good thing will happen that day!”, fully expecting it wouldn’t come to that.

You know the rest of the story: my book coming out was, indeed, the only good thing that happened on November 8, 2016. And no one, myself included, cared.

It was an inauspicious start for “Drupal for Humanists”. All the things I’d imagined doing to promote the book vanished from my to-do list, replaced by an urgent need to try to wrap my head around what it all meant for us, for our friends and neighbors. I took my oldest kid, in his froggy jacket and rain boots, to an Inauguration Day protest in San Francisco. He rocked a fire truck skirt as he carried a “Refuse Fascism” sign as tall as he was to a rally against the Muslim Ban. On every level, from the climate to the direct threats to one of our favorite preschool teachers, a Dreamer, it felt like the world was starting to unravel.

Drupal wasn’t exempt from the zeitgeist. Drupal 8 was released on November 19, 2015 — a year before Drupal for Humanists came out, but after I’d submitted the full manuscript. Chapter 2 includes an extended analogy involving Catalan and Latin, to explain the fracture it caused within the Drupal developer community. I wasn’t concerned; it had taken a year for module support to catch up (for existing, widely-used modules — let alone new developments) when Drupal 7 originally came out, and I expected it would take longer for Drupal 8. That same section included a reference to Backdrop, a fork of Drupal 7 that had been announced in January 2015. At the time, I wasn’t impressed: Drupal modules had to be rewritten to remove the database abstraction layer in order to work in Backdrop, and I couldn’t see the payoff compared to sticking with Drupal 7 and seeing how things played out. By the time everything else in the world felt like it was going to pieces, it was clear to me that — for digital humanities projects — Drupal 8 had taken a wrong turn. Drupal 8 made it harder, not easier, for the kinds of users I’d written the book for. I wanted website-Legos that anyone with an idea for a DH project could assemble into something very functional and reasonably nice-looking, without writing a line of code. Instead, Drupal 8 was built for Enterprise, where IT teams of developers and sysops folks are paid lots of money to deal with technical processes. As an organization, Drupal was courting developers who were familiar with the enterprise PHP web application framework Symfony, not historians who learned a little PHP while hacking WordPress on the side.