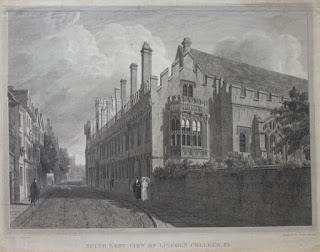 Shifting forces in the UK Higher Education sector call for a new distinctive role for a university to enhance its prestige and intellectual endeavours – a new idea of a university. But at the present moment there is also a need to manage what appears to be a new landscape opened up by huge exogenous forces, such as the coronavirus, together with the disruption caused by digital technology. I argue that a new idea of a university should help the university to sustain and augment the existing institutional character of the university but also provide new orientations and give an impetus to a set of new long-range commitments for the university. This short post argues for the need to create a special role for a university in relation to its environment, cultural milieu and to provide a distinctive university in relation to others in the sector. Rather than retrench under the difficult conditions required in what might appear to be both an economic contraction and an education crisis the university should seize this opportunity to reassert its commitment to research and teaching and accelerate this capacity. This notion of an idea of a university drawn from a “digital-first” orientation would naturally have institutional implications in terms of the shape or pattern of the university. This proposal therefore advocates the development of the idea of a digital-intensive mission for any university that wishes to become a digital-first university.

The last major change for the universities could be said to be the shift to the modern research university in the 1800s. This grew out of the notion that research, as an experimental procedure conducted in a spirit of discovery, could form the basis of a mission for the university. This emerged in German universities in the nineteenth century and became known as the Humboldtian university. The German universities developed the notion that integrating teaching and research within the same institution could be intensified to improve both teaching and the research process. Professors increasingly began to teach methodological skills, greater analytical and theoretical knowledge and tools as part of their courses. This included a growing reliance on field-work, maps and graphs, catalogues, and lists of specialised data to explain to students’ recent scientific advances and ongoing research work. However, it was the American universities that would take these ideas and develop them by creating an ideal of combining and integrating teaching and research which resulted in the modern research university.