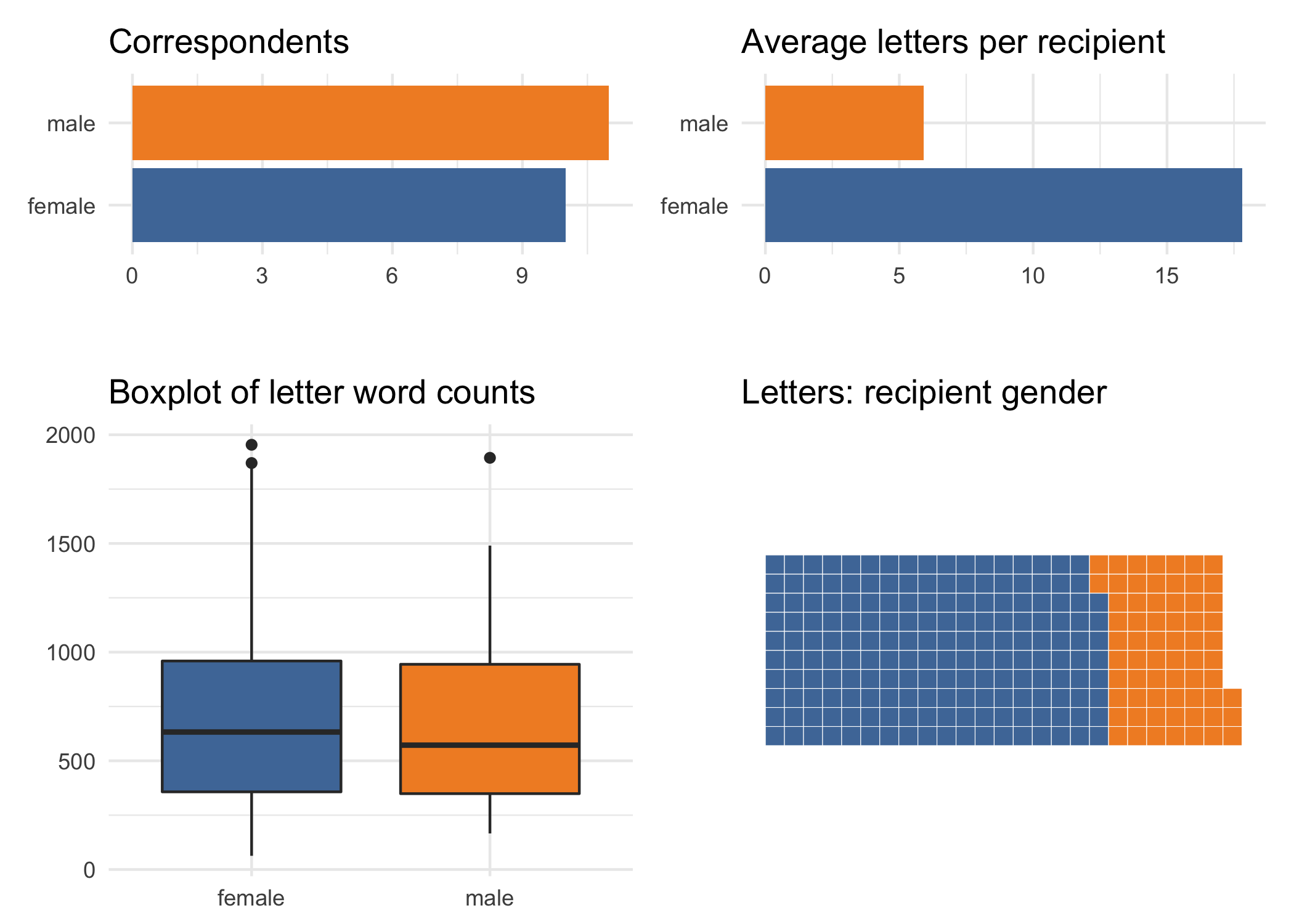 This first version of the Bluestocking Corpus consists of 243 manuscript letters, written by the ‘Queen of the Blues’ Elizabeth Montagu between the 1730s and the 1780s. Elizabeth Montagu (née Robinson, 1718-1800) was one of the key figures of the learning-oriented Bluestocking Circle in eighteenth-century England. She was a literary hostess, coal mine owner and patron of arts who published a popular essay in defense of Shakespeare against Voltaire’s criticism. In its current form the corpus contains 183,000 words

A warning: I know virtually nothing about Elizabeth or her circle, so everything that follows is likely to be a) obvious or worse b) infuriatingly stupid and wrong to better-informed researchers. But I wanted to take a look at the data Anni has so generously created and made available, and show some of the things that could be done with it.**

** Much of the post is based on examples that can be found in the invaluable Text Mining with R by Julia Silge and David Robinson.

There are 243 letters in the corpus, and 21 different recipients. I’ve extracted metadata from the marked-up letters, as well as a set of plain text versions for textmining.

Most letters were sent during the 1760s but the numbers are very variable from one year to the next. (This excludes 19 undated letters.)

A further gendered difference can also be found in the type of correspondents (as tagged by Anni), notably the different balance of letters sent to family or friends.