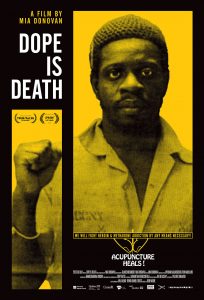 In the 1970s, Richard Nixon launched the War on Drugs to combat, what he called, public enemy number one. In New York City, groups like the Black Panther Party and Young Lords recognized the damage addiction was doing to local communities, but also felt that federal efforts to combat drug use were doing more damage. From overuse of methadone to police surveillance to removing access to medical and social services, addiction and the ensuring War on Drugs was particularly harmful for marginalized communities in the city.