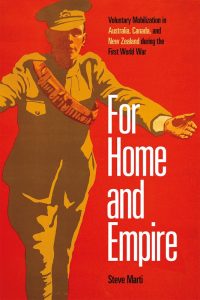 When we talk about the First World War, it is usually in national terms. In Canada, there is discussion of national mobilization efforts and the federal government’s implementation of programs and policies to support the war effort. These efforts, though, took place at a local level. Battalions within the Canadian Expeditionary Force, for instance, were typically distinguished by where they were from – The Nova Scotia Highlanders, the Royal Winnipeg Rifles, or the Saskatchewan Dragoons come immediately to mind. There were similar localized efforts when it came to raising money, rationing, and wartime production.