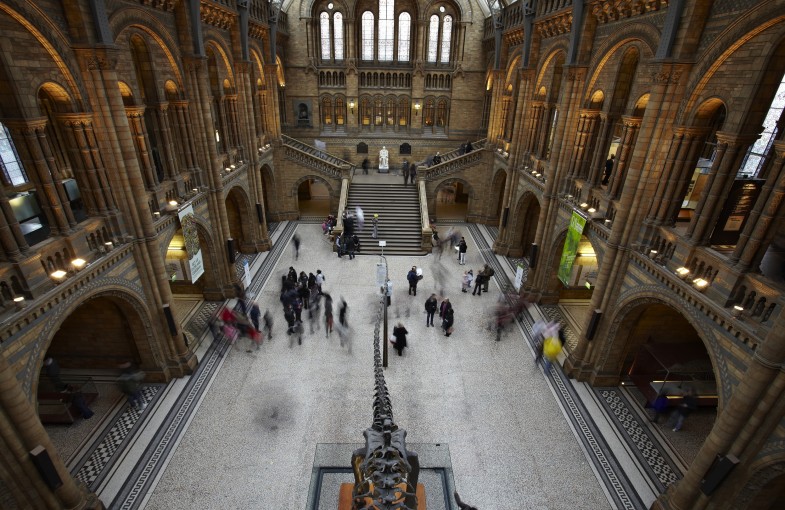 At the end of the first season of Downton Abbey in a scene that is exemplary of the series’ greatness, the Dowager Countess of Grantham (Maggie Smith) exclaims that “Sometimes I feel as if I were living in an HG Wells novel.” The Countess is responding to the unsettling arrival of the telephone, only months after her life was turned upside down by that other great invention: electricity. Born somewhere in the 19th century, this is too much change for the deeply conservative matriarch.

Four seasons and many spoiled Christmases later, fans of the show know that the telephone was by no means the greatest threat to the existence of the British aristocracy. The scene above happens on the eve of World War One. Four years of bloodshed later the incredible social impact of new technologies threatens the existence of any conservative 19th century institution. And we’re just the beginning of the century that will bring us television, H-bombs, the internet and Beyonce.

One hundred years later you carry in your pocket something we still call a phone but which in fact is an accumulation – and combination – of many of the last century’s inventions. It’s so powerful, at least until the battery runs out, that you would need a staff of thousands to replace its core-functionality in a non-digital world.

One hundred years later, in the first decades of the 21st century, those institutions that survived the 20th century are facing a whole new set of challenges. Technological changes like smartphones, robotics, big data and all the other buzzwords, combined with the social changes that go along with them – changing educational needs, careers paths, social structures – threaten the existence of those institutions that are overly conservative, don’t adapt, think this century will be like the last. Museums – and other institutions that represent our culture, heritage and art – are not excluded from this trend. They may in fact be at the very heart of it.

I believe museums (and also archives, galleries, libraries, theatres, art centres, …) have a place in the 21st century. I also believe this place might be very different from the place they occupied until now. I believe it’s not easy to be a museum nowadays – I’ve seen enough organisations struggle to keep their doors open and their audiences coming – but I know there is a way forward. I believe the way forward is to become more social institutions, but before we go there, let’s look at the changed world.