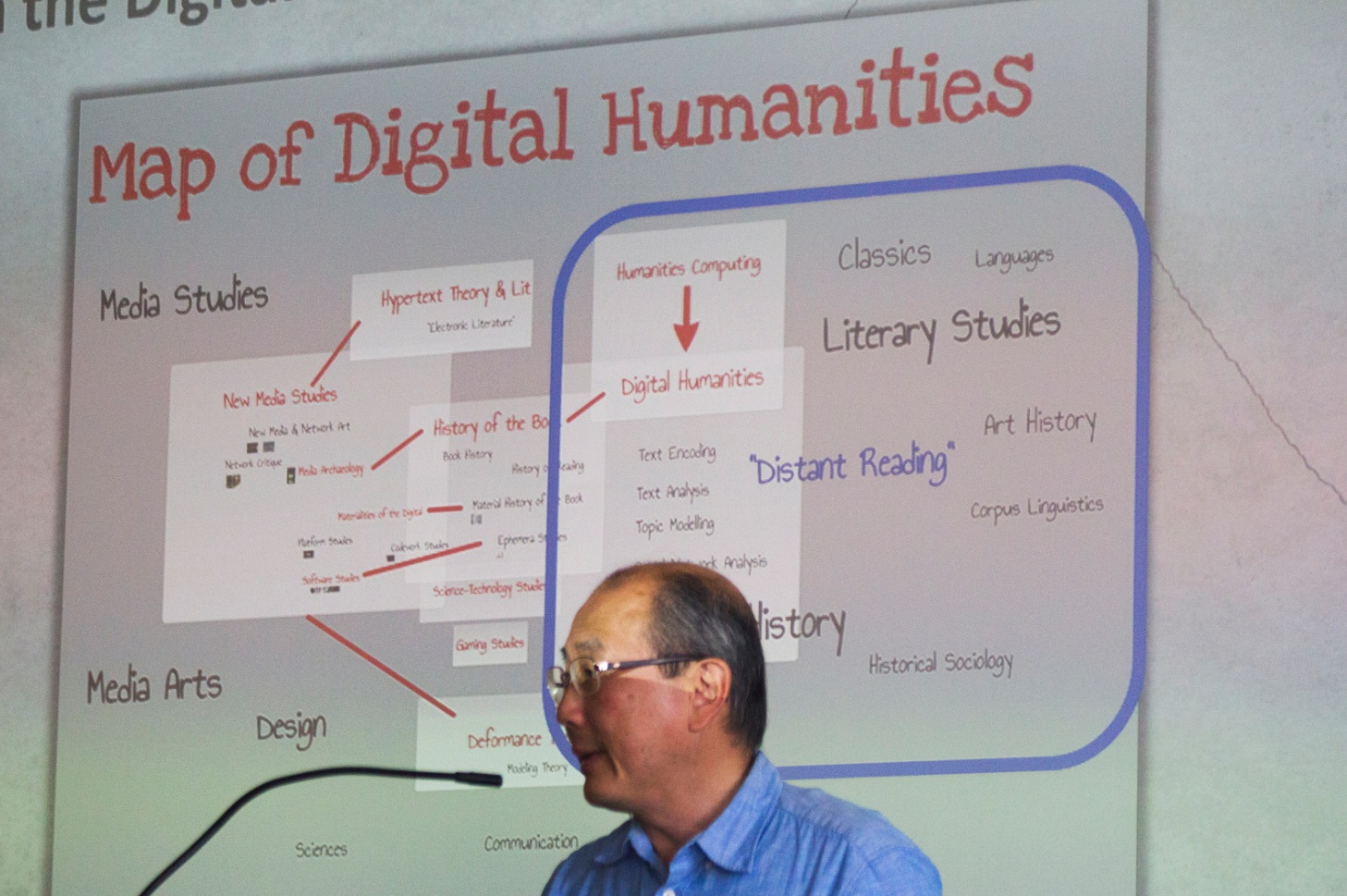 In an eloquent and pragmatic blog post about building the UCL Centre for Digital Humanities, Melissa Terras stresses the importance of rooting a DH center in local institutional culture, in order to ‚Äúlink people‚Äù across the whole spectrum from arts and humanities to computer science and engineering. It‚Äôs an impressive achievement that has clearly fostered a lot of significant work at UCL, and it has started to change my own way of thinking about this perplexing phrase ‚Äúdigital humanities.‚Äù

In the past, I‚Äôve tended to understand ‚Äúdigital humanities‚Äù as an abstract term. If you understand it that way, it‚Äôs easy to see that it covers a whole range of disparate things, which has sometimes led me to predict that it would fall apart in the near future into a bunch of separate projects.

But as time passes and the darn thing refuses to fall apart, it seems appropriate to revisit that prediction. I still think digital humanities is hard to define, but apparently, being hard to define doesn‚Äôt prevent human institutions from enduring and growing. When I read it a few months ago, Melissa‚Äôs post made me reflect that ‚ÄúDH‚Äù doesn‚Äôt have to be defined abstractly at all. It could be understood, quite concretely, as an institutional achievement that happens to exist on some campuses and not others.

If you understand DH abstractly, as a rubric covering many different projects, there‚Äôs a lot of it going on here at UIUC. On the west side of campus, we have a leading school of Library and Information Science (GSLIS), which regularly offers courses on digital humanities, and is one of two institutions piloting HathiTrust Research Center. At the north end of campus, we have the National Center for Supercomputing Applications (NCSA), which excels at providing computational support for the arts, humanities, and social sciences. The Colleges of Media, and Fine and Applied Arts, and Liberal Arts and Sciences are home to a lot of individual scholars pursuing research on or critique of digital media, and the campus as a whole hosts ambitious experiments like Learning to See Systems, that combine technological practice and theory.

On the other hand, we‚Äôve never had a digital humanities center or curricular initiative. We have a program called I-CHASS, at NCSA, which provides computational support to scholars who need it (my own work would have been impossible without their support). And Scholarly Commons, at the Library, helps faculty and students find the resources and training they need. But we don‚Äôt have any center of the kind Melissa describes, tasked with building a bridge between all the different people mentioned above, and getting them in the same room.

One way to view this would be: we‚Äôre lagging behind. Digital humanities is getting organized at Berkeley and Stanford and Iowa and the University of Pennsylvania and Yale. From time to time I think ‚Äúwe need to get something moving.‚Äù

Digital humanities might never be evenly distributed. | The Stone and the Shell.