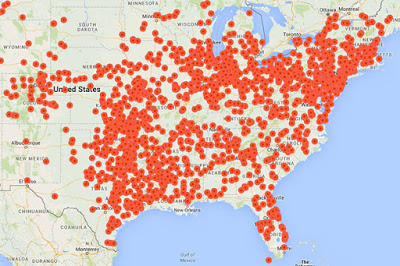 A joint project between a history professor and VCU Libraries shows for the first time how the Ku Klux Klan spread across the United States between 1915 and 1940, establishing chapters in all 50 states with an estimated membership of between 2 million and 8 million. The project, “Mapping the Second Ku Klux Klan, 1915-1940,” is an animated, online map that illustrates the rise of the second Klan, which was founded in Atlanta in 1915 and spread rapidly across the country to total more than 2,000 local units, known as Klaverns.