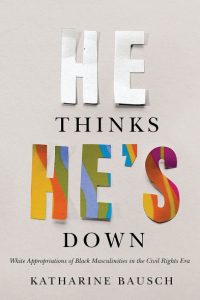 The years following the Second World War saw major changes to American society, from the rise of suburbs to powerful social movements to shifting international priorities. Within that change, popular culture took on a new significance in American life as television spread across the country and radio stations increasingly shifted to music-only formats. With that expansion, there were opportunities for more Americans to be represented within the culture. At the same time, however, there were also more opportunities for the appropriation or misrepresentation of some Americans.